CMSgt Richard R. Hall, Jr. - His story in his own words 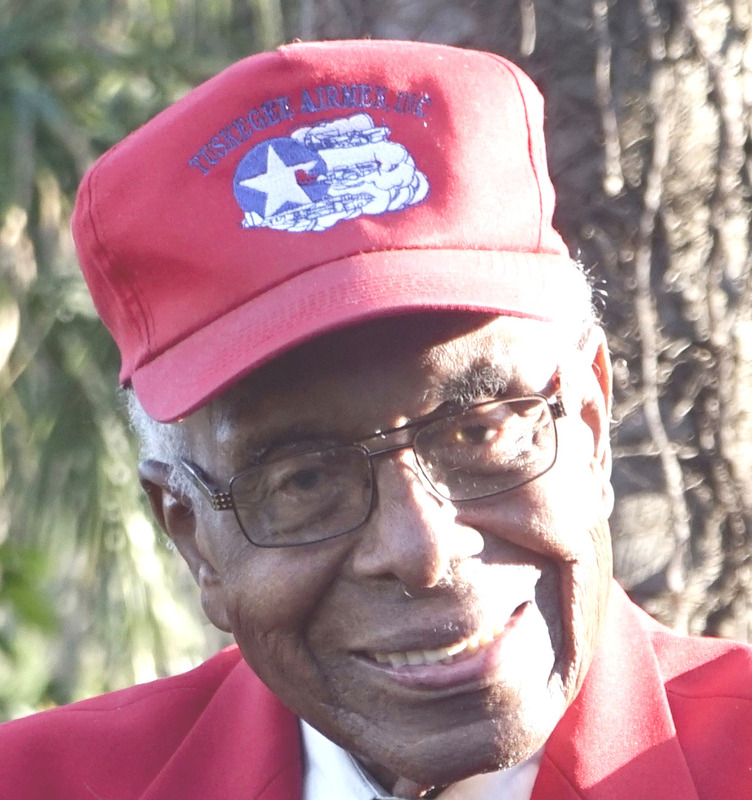 After graduating high school, CMSgt. Hall enrolled at Xavier University of Louisiana, a private, historically black, Roman Catholic university in New Orleans, Louisiana on a football scholarship as a running back. He joined the Army Reserves at the end of his freshman year and during his sophomore year he was called to active duty as a member of the 332nd Fighter Group, which would later come to be known as one of the two groups that make up the now legendary Tuskegee Airmen.

Upon the completion of his military exams, it was decided that he would train as a flight engineer and began training at Chanute Airforce Base in Illinois. During that time, he specialized in repair and maintenance of the Curtiss P-40 Warhawk, Republic P-47 Thunderbolt, North American B-25 Mitchell, and the famous “Red Tailed” North American P-51 Mustang - nicknamed for the distinctive red paint marking the tails of those flown by Tuskegee Airmen. Once his training was complete, CMSgt. Hall was deployed to France with the rest of the 332nd Fighter Group in 1943 but would also serve in North African and the South Pacific. After Germany’s surrender in 1945, CMSgt. Hall was stationed in Ohio at the 332 fighter Wing at Lockbourne Air Force Base under the command Col. Benjamin O. Davis.

In 1949, the 332nd Fighter Group was disbanded in accordance with President Harry S. Truman's Executive Order 9981 which ended racial segregation in the U.S. military and integrated the Tuskegee Airmen with the U.S. Air Force. In 1950, while stationed in Okinawa, Japan, he was sent to Kimpo Air Base in South Korea to join the Korean War as part of the U.S. Air Force 51st Fighter Squadron as a flight engineer specifically to maintin night fighters. The final war he would be called to serve in was the Vietnam War, before returning to home to the U.S permanently. Before retiring, he would also specialize in maintaining and repairing the Lockheed P-80 Shooting Star, Republic F-84 Thunderjet, North American F-86 Sabre, and the Convair F-102 Delta Dagger.

CMSgt. Hall returned to Chanute Airforce Base as an instructor and would go on to travel world-wide to train U.S. flight engineers and those of America’s allies before retiring to civilian life in 1973. He would remark that he visited every country in South America to train flight engineers. After retiring from the military, he began working for the state of Ohio in quality control management.

Finally, he retired for the second time and returned home to Winter Park, Florida, where he fulfilled his lifelong dream of purchasing a home, which he spent much of his time beautifying and assisting his aging parents. He became a local celebrity, representing the legacy of the Tuskegee Airmen in his red hat and coat and relished telling the stories to anyone and everyone. He also served as a deacon of Mt. Moriah Missionary Baptist church and would allow members who had no means of affording shelter to stay in his rental properties free of charge.

In 2007, CMSgt. Hall, along with the other surviving members of the 332nd Fighter Group received the Congressional Gold Medal of Honor from President George W. Bush, who shook CMSgt. Hall’s hand twice. The entire group would be invited back to Washington D.C. to attend the first inauguration of President Barack Obama in 2009. CMSgt. Hall took great pride at being able to attend both events.

To learn more about CMSgt. Richard R. Hall, Jr. and his accomplishments and other Documented Original Tuskegee Airmen as well, please visit the Websites at the following locations: https://cflc-tai.org and www.TuskegeeAirmen.org.

CMSgt Richard R. Hall, Jr. - His story in his own words