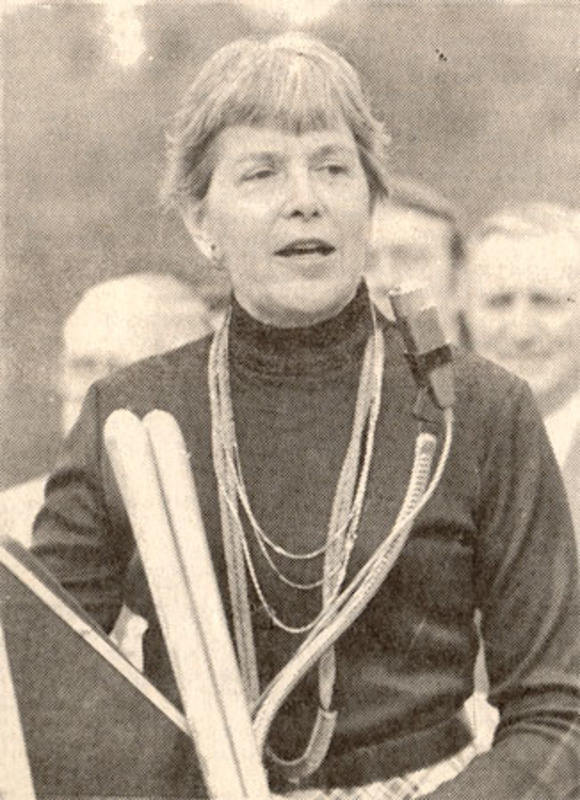 Charlotte Moughton was born on April 22, 1919 in Birmingham, Alabama. The following year, her father (an architect) and mother (a librarian) relocated to Sanford, Florida. Her mother began working at the Sanford Public Library. From a very young age, Charlotte knew she wanted to be a librarian as well.

In 1940, Charlotte graduated from Maryville College in Tennessee with BA. She then returned to Florida and taught English at Sanford High School.

From 1942-1945, she attended Western Reserve University in Cleveland, Ohio. Here she earned her degree in Library Science. After she completed library school, she took a position at the Newark Public Library in New Jersey and served as the librarian in charge of the Children’s Department. When she was able to do so, she returned to Florida and served as the librarian at Sanford High School.

In October 1948, she was appointed Head Librarian at the Winter Park Public Library. She served in this capacity over thirty years and provided the leadership and foresight that established high quality library service for the people of Winter Park.

On the professional level she was known for her keen intellect, expertise, and strong work ethic. On the personal level, she was also known for her gracious manner, an appreciation of people, and her warm smile. She saw many changes over those thirty years, including renovations to the existing library at that time, and the construction of the library on New England Avenue.

A reference room in the new library was established in Charlotte's memory and a plaque was designed to commemorate her service to the library.