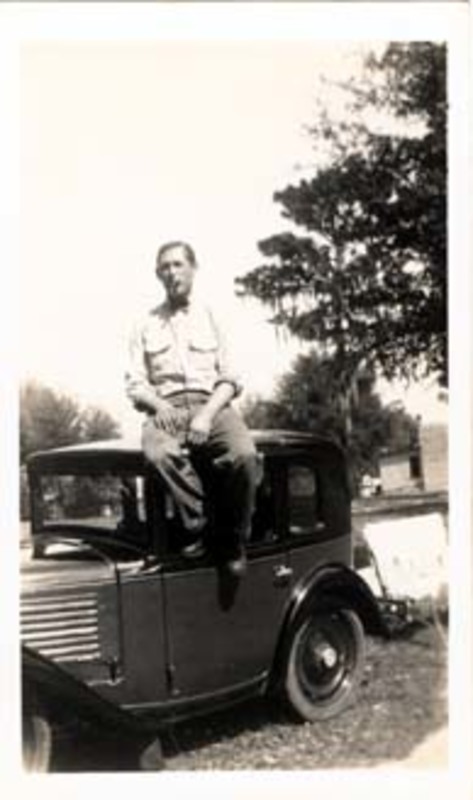 Dallas K. Bower was born in Albion, Indiana, moved to Winter Park when he was about ten years old and completed his education in the Winter Park Schools. He opened his first business, the Pure Oil Service Station at Fairbanks and Pennsylvania Avenues, on January 13, 1929.

In the mid-1930's Bower leased the College Garage, later purchasing the garage and renaming it the Dallas Bower College Garage. It was located at 210 W. Fairbanks Avenue. It was a full service garage offering auto repair, body work, and one of the area's largest fleets of wreckers.

He and his wife Lillian resided on Via Tuscany with their five daughters. Lillian owned the Bower Western Wear and Square Dance Store located next door to the garage on West Fairbanks Avenue.

Mr. Bower was an antique car collector, owning a collection that included a 1947 Lincoln Continental convertible, a 1914 Model "T" Ford, and a 1932 Lincoln KB that won "Best of Show" at the Classic Car Meet held in Winter Haven in 1975. He held memberships in the Antique Automobile Club of America, the Classic Car Club, the Edsel Car Club, and the Lincoln Car Club.

He was proud of being the oldest Jeep dealer in Central Florida's ten counties and was often referred to as "Mr. Jeep."