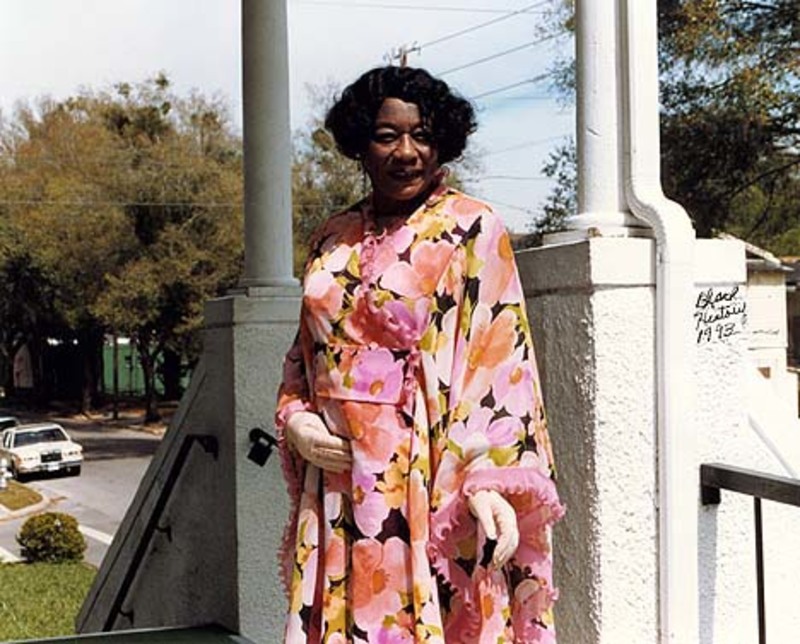 Lifelong student and talented singer . . . she touched many lives

Eula Pearl Jenkins was born August 19, 1918, in Taylor County Georgia. She moved to Orlando, Florida in 1937 and lived there until 1954. In 1954 she moved to Winter Park. After moving to Winter Park, Mrs. Jenkins took an active role in the social, cultural, and (especially) the educational life of the community. At the age of 38 she graduated from Jones High School and was the class valedictorian.

Sixty-two years after finishing high school, Eula Jenkins (at the age of 82) enrolled at Valencia Community College and began her studies toward a college degree. She did this for two reasons: 1) "...she had a hunger to receive a college education and she wanted to inspire younger people, as well as older people to attend college" and . . . 2) a more personal reason: she was the only one remaining of 10 siblings . . . and her mother (who was no longer living) would have been proud to know that one of her children had attended college. Her connection with Valencia dated back more than 25 years as a member of the Black Advisory Committee for the West Campus.

In April of 2001, Eula Jenkins was chosen to receive Valencia's first "Dare To Dream" award. Dr. Ruth Prather, Executive Dean of Valencia's Winter Park Campus, said this in praise of Eula Jenkins: "The Winter Park Campus has been privileged to have Eula as a student and a friend. Eula's love of learning has inspired many of her neighbors and friends to complete their education. She will never know how many lives she has changed."

Mrs. Jenkins has also received many other certificates and awards for her leadership rolls and for her service to the church. She was also active in the Masons with her husband, William Cephas Jenkins, who passed away in 1982. Having studied voice, piano and organ, she served the community through her singing. Mrs. Jenkins sang in Winter Park's Bach Festival Choir for eight years.

Eula Pearl Jenkins continued to reach out to young and old alike. She shared her story with various community organizations, and occasionally, performed. In January 2002, she spoke and sang at the monthly meeting of the Winter Park Historical Association.