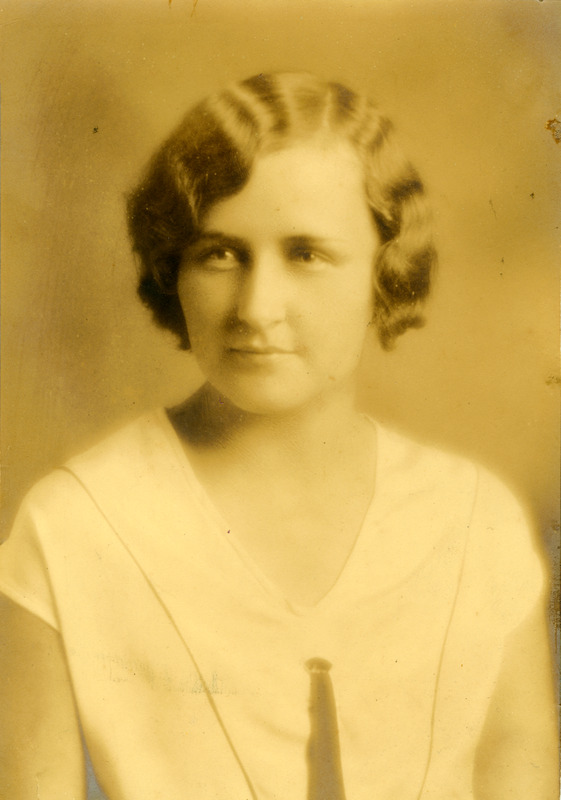 Eva (Eve) Michael Bacon, former Winter Park author, historian, and newspaper woman, was born in Oakland, Florida, September 13, 1905. She attended Florida State College for Women graduating in 1928 with a Bachelor's degree.
Returning to Central Florida after college, Eve met John Gurney Bacon, who may have been an employee of the Winter Park Post Office. They married in 1928 and resided in Winter Park. A daughter, christened Margaret, was born sometime early in their marriage but only lived a few months.
The Bacons left Winter Park during the 1930's and lived away from the city until sometime around 1945. Upon their return Eve worked for the Winter Park school system as a secretary and librarian. In 1947 she began work with the Winter Park Herald newspaper and later became its editor. In 1951, she was one of the initial signers of the charter organizing the Winter Park Hospital Association, which was instrumental in establishing the Winter Park Memorial Hospital, and was one of the members of its Board of Directors. In 1953, she founded the Winter Park Sun newspaper, which she edited until 1959 when it merged with theWinter Park Herald to form the Winter Park Sun Herald newspaper.
During the 1960's Eve Bacon became active in real estate, obtaining her real estate brokers' license. She was also secretary of the Center for Practical Politics at Rollins College and a free lance writer.
Eve Bacon is probably most remembered as a historian and author. Her book Oakland, the Early Years, was a history of her birthplace, Oakland, Florida, published in 1974. She followed with a two volume history of Orlando, Orlando, A Centennial History.
As a volunteer with the Winter Park Public Library, Eve Bacon was very instrumental in establishing the local history collection. In 1976 she donated her "working files" of Winter Park information to the library forming the core of the Winter Park History Collection.
In his "Hush Puppies" column of December 28, 1978, Sentinel Star writer Charlie Wadsworth, wrote of Eve Bacon, " I'll miss her. Every time I have to look up a fact about Central Florida history, I'll think of Eve Bacon who was always willing to help others." Eve Bacon died on December 25, 1978.