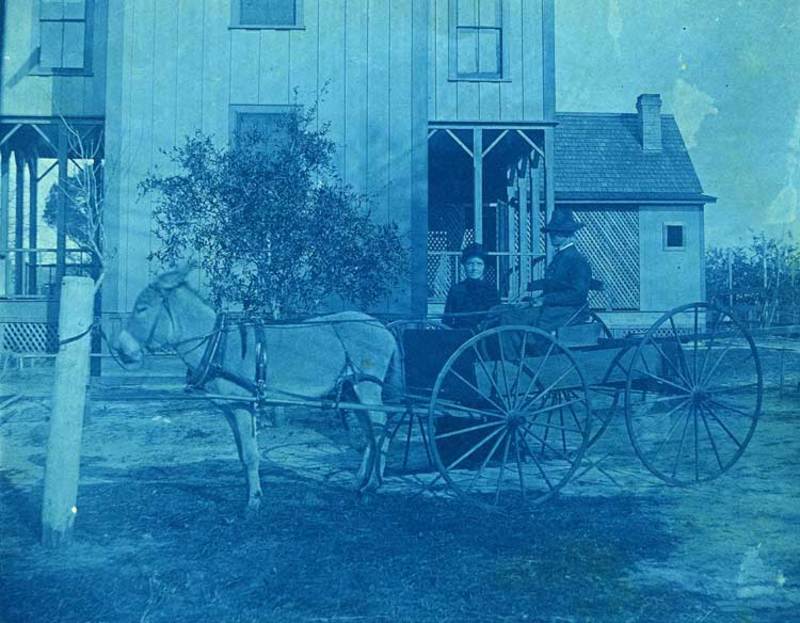 Mary Brown and Johnny the Mule

One of Winter Park's founding pioneers...

Mary E. Brown was born in 1822 in upstate New York, probably in Lockport, north of Buffalo. Her father was an Episcopal minister and served as a missionary to Florida from 1833 to 1844. She and her companion Mary McClure were teachers who taught at Northwestern University before moving to Florida.

In 1876 Mary Brown and Mary McClure purchased ten acres of land on Lake Sylvan from Wilson Phelps. Two entries in the 1876 diary mention the event: May 20 - "Washed linen dresses. Call from Mr. Phelps about Florida." August 3 - "Deed of Florida place. Cash 323. Note to Phelps for $110, 1 yr. At 10 percent, pay at First National Bank." No reason for the purchase is given.

Mary Brown, with her companion Mary McClure, came to Osceola around 1880. Her diary of 1881 records a daily routine having been established, with work being divided between the two women. Mary Brown seems to have taken on the "outside" chores, such as planting, cultivating, harvesting and such. Mary McClure took on the chores of keeping house. Both spent a great deal of time helping others, being active in the community, and volunteering in their churches. They called their homestead "No Man's Land."

Mary Brown acquired a donkey, Jack, also named Johnny Brown, to assist with the work around the homestead and as a means of transportation. The diaries record several "entertaining" events involving Johnny. For example, in the diary of 1883: "Jack broke fence last night and went off with Livingston's pony..."

During the 1880's the community of Osceola experienced tremendous change. Loring Chase and Oliver Chapman would successfully plan and execute the development of a winter resort town for wealthy investors. By the end of 1885 several major events had occurred in Mary Brown's community: the town of Winter Park had begun to take shape; Rollins College had been founded; the Congregational Church building had been dedicated; and a circulating library, (to become Winter Park Public Library), had been started. Mary Brown served on the library's first board of directors and continued to serve for many years.

The latter half of the 1880's seemed to be quite rewarding for Mary Brown and Mary McClure. In 1887 they were able to build on their property a school for black children and adults called New Hope Cottage. Lochmeade, Winter Park's weekly newspaper, had this to say in their March 2, 1888 edition about New Hope Cottage: "One of the most interesting as well as benevolent institutions in this locality is the Sunday School that is conducted by Misses Brown and McClure about three-fourths of a mile east of the Seminole. These ladies have succeeded in building a neat cozy building one and a half stories high...the walls are hung full of maps showing places mentioned in the Bible as well as illuminated texts and maps of Florida, Orange County, etc.

Here at three o'clock on Sunday afternoons gather a company of colored people to study scriptures and to learn to read. The infant class meets up-stairs and the first floor is occupied by a class of adults." Classes started January 1, 1888 and continued into 1889 when a school was established in Hannibal Square along with several black missions.

The last diary, one volume covering the years of 1896, 1897, and 1898, picks up after the death of Mary McClure. Mary McClure died December 29, 1895 at the age of 73. In her diary entry of February 1, 1896, Mary Brown's profound sense of loss is expressed by the following: "Put southwest room in order. Emptied the bureaus, took down hollies, the last thing Mary saw. She directed me how to put them over her mirror. Another last thing."

Mary Brown lived on to reach the age of 87. In her latter years she was cared for by Mary Stovin. Mary Brown died on November 16, 1909. 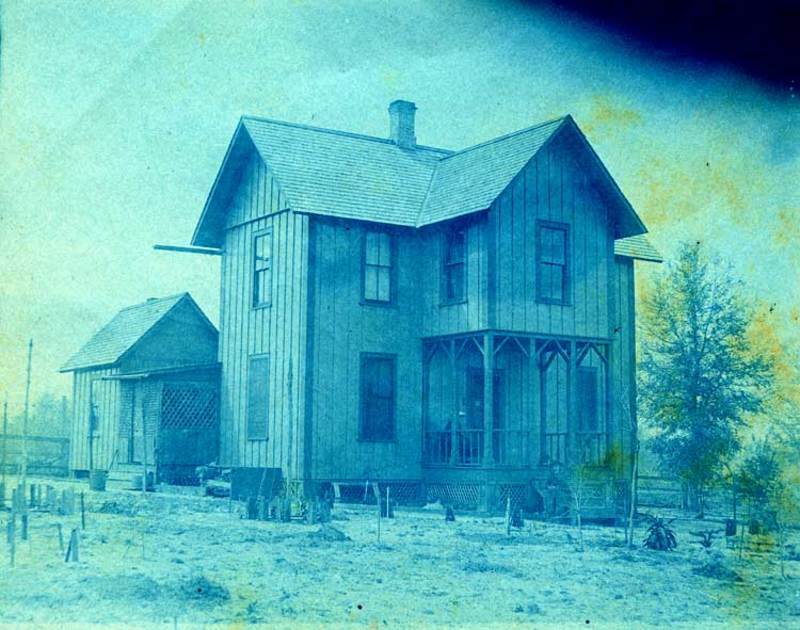