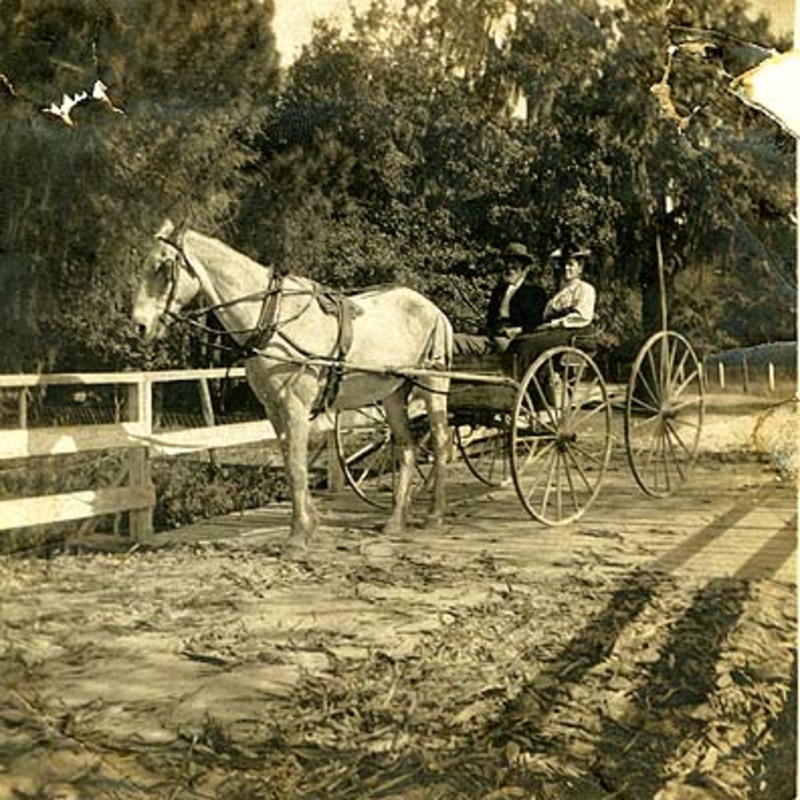 Originally from Virginia, James Bear was an early settler in Central Florida.

James H. Bear was born in Waynesboro, Virginia. He came to Central Florida in 1873, settling in Maitland and working for Mr. Swoope, a large property owner and developer. Bear was in charge of laying out orange groves and is responsible for planting Dommerich Grove, which was one of the most beautiful and best producing groves in the county.

In 1881 Bear sold his Lake Maitland property and bought land on Lake Virginia in Winter Park. He married Lavina Hopkins, also of Virginia, in 1894, and the two resided there on Osceola Avenue in the house he built near Lake Virginia. The Dinky Railroad ran behind their house, where the Bears also had a cow, chickens, and a small orange grove.

In 1893 Bear was elected town treasurer. In 1896, when the Winter Park Horticultural Society was organized, he was one of the directors. He was re-elected an alderman in 1899, and again in 1902.

Bear was a veteran of the Civil War said to resemble Robert E. Lee; he was often seen riding his white horse around town. At his death in 1918, at age 72, he was the oldest member of the Orange County Democratic Committee and one of the oldest residents of the county in general. Mrs. Bear died in 1930.

Want to see the rest of the collection? Click the leaf below!