Seeking health and vitality, they created "The Palms" - a beautiful estate.

Edward Hill Brewer was born in 1851 in Cortland, New York. His father was in the harness business; Edward succeeded him and expanded the business, manufacturing carriage accessories. He organized the Cortland Carriage Goods Company (later the Brewer-Tichener Company).

Brewer married Eda Aroa Ainslie in 1878. They had six children together. In 1895, this large family (and one cousin) moved to Winter Park for the benefit of Mr. Brewer, whose health was poor. The Brewers lived in the Chapman Bungalow (the first residence erected in Winter Park) and the Schultz home before purchasing land from Rollins College - including a vast orange grove - on the east shore of Lake Osceola in 1897. Construction began in 1898, and the family moved into "The Palms" in 1899. In order to please Mrs. Brewer, legend has it that the 21-room home was built as an exact replica of the family's home in New York.

Brewer was a generous contributor to the Congregational Church of Winter Park, the Winter Park Public Library, and Rollins College, where he was a trustee. He often left the gates to his beautiful garden, as well as to the entire grounds, open to the public. At age 72, Brewer decided to remodel his home, enlarging it and converting it to the Greek Revival style he had chosen for a Cortland home he had built in 1905. He died in 1924 before his project was completed.

In 1936, the Palms was purchased by Frederick D. Trismen. Today it is located on Trismen Terrace and is one of two Winter Park houses on the National Register of Historic Places. 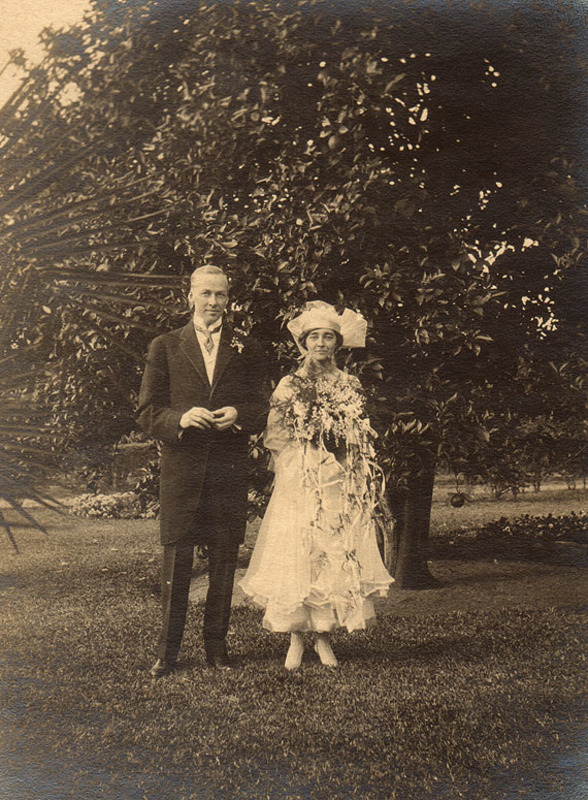 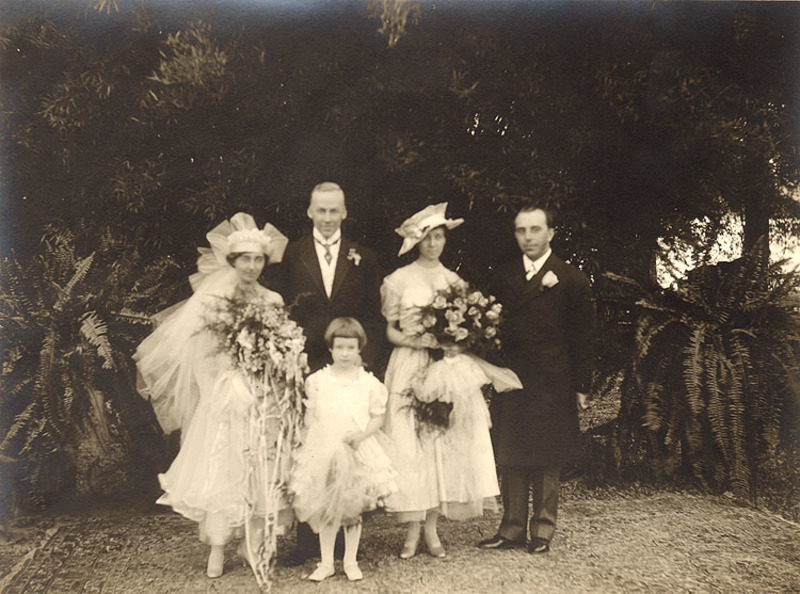 Click me to see more of the wedding photos!

It was the event of the season! This was the day that Miss Eda M. Brewer and Mr. Fred Wooley were married in an outdoor ceremony at The Palms, which was actually the Brewer Estate on Lake Osceola.

The Winter Park Post printed a glowing description of the lovely ceremony. Some the highlights that they revealed included:

"One of the most beautiful outdoor weddings ever seen in Florida."

"It was an ideal day and more than 200 guests . . . assembled on the green sloping lawn leading down from the big house through the great spreading oak trees, luxuriant palms and tall feathery bamboos to the shore of Lake Osceola."

"At about four o'clock a string orchestra on the veranda began to play the world renowned beloved old wedding march from Lohengrin and the notes sounded doubly sweet and melodious as they were wafted down on the light wind through nature's sun-kissed cathedral."

The wedding party consisted of:

The Eda Brewer Wooley Collection contains not only wedding photos, but other family photographs as well . . .along with a photo album of vacation pictures and a gift book that listed the many wedding gifts that the couple received.