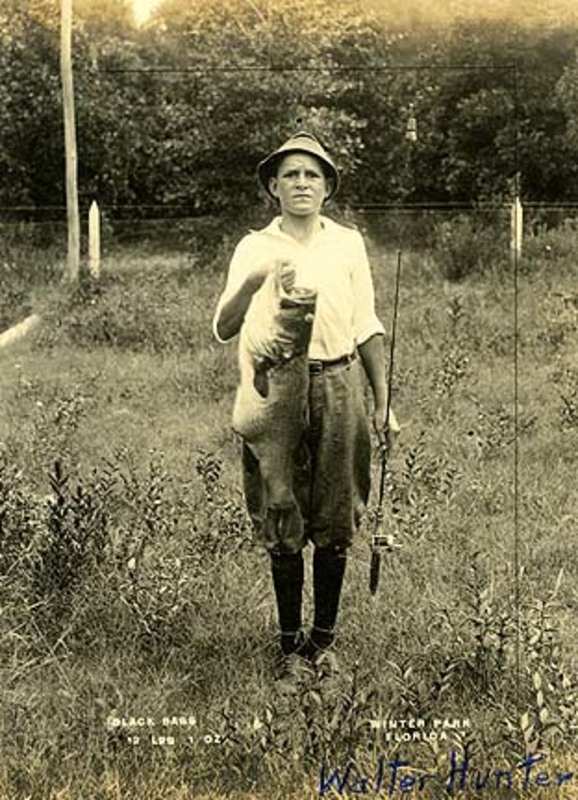 Walter Hunter was born in 1900 to Abram and Ada Hunter of Winter Park. In 1893, father Abram was elected Marshall of Winter Park; the following year he served both as Marshall and Tax Collector. Mother Ada ran a private summer school in one room of the Knowles Public School the year her son was born. At age 16, Walter caught a six foot alligator in Lake Virginia that was added to the alligator and turtle zoo at the Standard Garage, bringing the inventory to a total of seven alligators and one turtle. In 1928, he married Evelyn Lambright of South Carolina. Hunter played professional baseball for several years. He died in 1942 at Johns Hopkins Hospital in Baltimore, where he had gone for a minor operation. He was 42 years old.