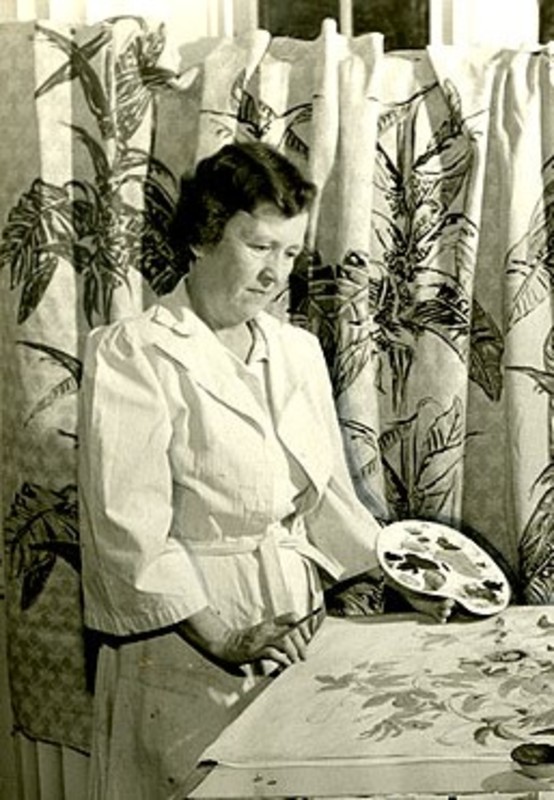 Wilhelmina “Billie” Greene, although born in Cincinnati, Ohio on January 27, 1906, was a resident of Winter Park, Florida for most of her life. Her father, William Freeman, originally from New York, was a successful businessman. Her mother, Mina Drake, was born into a wealthy Cincinnati family, the McCulloughs. They established a very lucrative seed company in 1838 and were widely known for their extensive property, which included acres of lush, sprawling gardens. The McCullough family cultivated many unique flowers, trees, shrubs, and plants on their vast estate. Growing up in this environment had a tremendous impact on Wilhelmina’s life.

Wilhelmina Freeman arrived in Winter Park with her parents in 1919 at the age thirteen in order to attend Rollins Academy. She met Raymond Greene (her future husband) almost immediately after arriving in Winter Park. Later, they attended Rollins College, and Billie graduated with a degree in History. They married in 1926 and moved to Sebring, Florida in 1927 because of her husband’s career path. While in Sebring, they had three children: Mary, Charlotte Ann, and Ray Jr. They returned to Winter Park in 1934.

Upon their return, Wilhelmina became active in the local Junior Gardening group and also gave classes in art and nature study for the Winter Park Schools. It has been said that her career as a botanical artist began because of the lack of a coloring book when her children wanted something to color. She reportedly told them to pick some wild flowers and that she would sketch them.

Through the years, Billie took numerous courses in painting and drawing in order to improve her skills and technique. With her usual dogged determination, she traveled to many states in order to take these lessons from respected artists.

Billie began displaying her artwork locally in 1936 at the Art Exhibition of Resident & Visiting Artists of Winter Park. Within a few years, her art was displayed throughout Florida and in the North East. In 1949, she was profiled in House & Garden, which offered her national recognition. After that, her paintings were exhibited at flower shows and garden clubs across the country.

Billie also had an interest in writing. In 1940 she began writing a series of articles for the Winter Park Herald. Over the next ten years, she prepared a manuscript on cultivating trees, shrubs, and vines and planned to illustrate the book with her own sketches. During this time period, she made the acquaintance of botanist Dr. Richard Howard and discovered that they shared an interest in and passion for plants and flowers. Consequently, he became instrumental in getting her book completed. In 1953, her dream became a reality when her book Flowers of the South, Native and Exotic (co-authored by botanist Dr. Hugo Blomquist) was published.

Later, Billie became a popular lecturer and traveled extensively throughout the Americas to speak to horticultural groups. She also traveled the globe to observe, study, and sketch the indigenous plants in each of the countries she visited. Billie had developed a world-wide web of contacts she had made through her numerous interests, and when she visited her friends, she also made it a point to visit the gardens that were native to those locations.

Billie attempted to author a second book on plants and flowers, and she completed many sketches for it, but despite her determined efforts, she was not able to find a published for this work.

After many years of being as an active and vital member of the Winter Park community, Billie died on September 19th, 1991 in Winter Park, Florida.