Once a renowned resort hotel on Lake Maitland...now luxury condominiums.

The history of the Alabama property predates the hotel by almost 50 years. It has been reported that Thomas J. Mather (an early settler in this area) bought 154 acres of lakefront property from the U.S. government in 1876 for $1.25 per acre. The history of that property . . . the list of the subsequent owners . . . reads like a “Who’s Who” of early settlers of Winter Park and Maitland. The names include: Packwood, Palmer, Kedney, and finally, Temple.

In 1898, William C. Temple came to Winter Park. He purchased an estate and a large orange grove on the south side of Lake Maitland, and named it "Alabama." The name Alabama is derived from an Indian word meaning “clearing of the woods.”

Temple sold his property to Mr. and Mrs. Herbert Halverstadt in 1915. In 1917, Helen E. Sherman purchased the estate. It was then sold to Mr. and Mrs. Joseph Kronenberger in 1921, who purchased it for development purposes. The intention was to build a resort hotel that would attract Northern visitors, with hopes that they would then be interested in purchasing property in Mr. Kronenberger’s proposed subdivision that had been platted around the hotel. Building construction on the Alabama Hotel began in 1921.

In 1923, The Hotel Alabama was leased by D. L. Rice. and F. B. Lynch. It was a 4-story building that boasted 80 rooms. Sometime later it was sold to Fred and Clifford Folger of Nantucket, Massachusetts. The Folgers also owned hotel property on Nantucket, and when they developed complex financial problems (the final blow was the Stock Market Crash in 1929), they could save only one of their properties. They chose to save the hotel on Nantucket. The Alabama Hotel then bounced back into the hands of the bondholders until 1932, when E.J. LaChance & Harry Schenck leased the Alabama Hotel and opened it for the 1933 resort season.

In 1935, E.J. LaChance & Harry Schenck purchased the Alabama Hotel and ran it for 17 years. After the death of Mr. LaChance, his daughter, Noella LaChance Schenck, inherited her father’s one-half interest in the hotel and became a full partner with her husband, Harry. During this period, the guest list of the Alabama boasted luminaries such as authors Margaret Mitchell and Thornton Wilder and conductor Leopold Stokowski. It was Mrs. Noella LaChance Schenck that wrote a detailed history of the Alabama Hotel entitled Winter Park's Old Alabama Hotel.

In 1979, The Alabama was sold to Sam Azarian of Racine, WI. It was almost immediately sold again, this time to developers Charles Booth & Charles Simmerson. From 1980-1981 the Alabama was converted into a 19–unit luxury condominium development, and it continues to serve as condominium homes today.


This article was written by former archivist, Barbara White, MLIS. 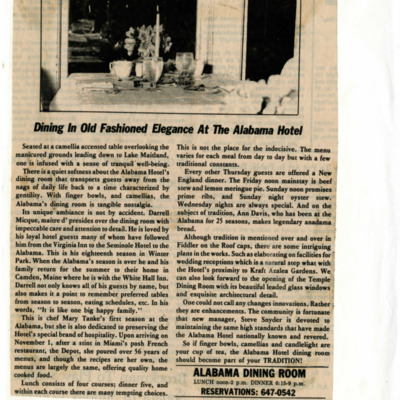 Dining In Old Fashioned Elegance at The Alabama Hotel 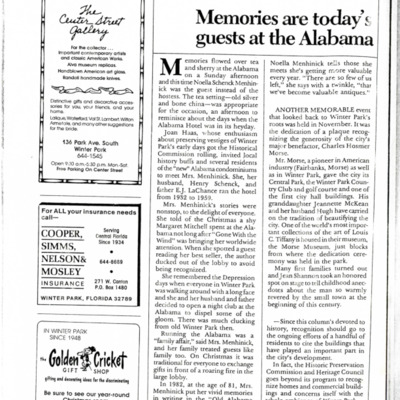 Memories are today’s guests at the Alabama 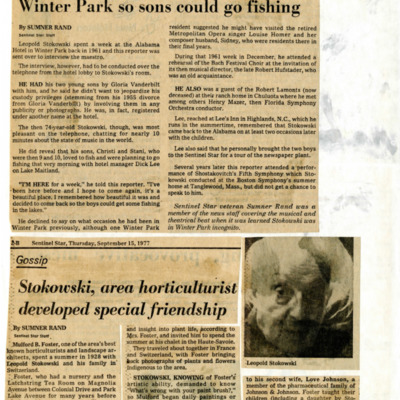 Under false name, the maestro visited Winter Park so sons could go fishing 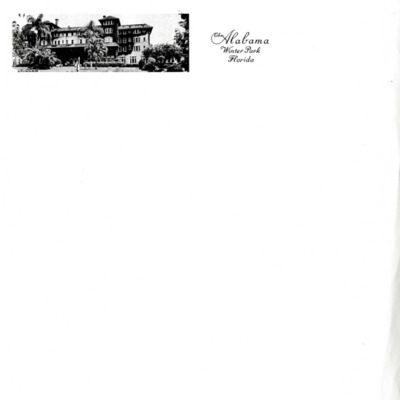 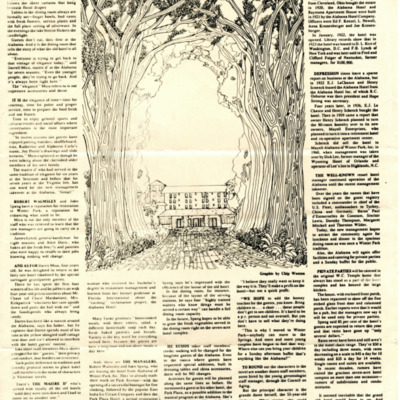 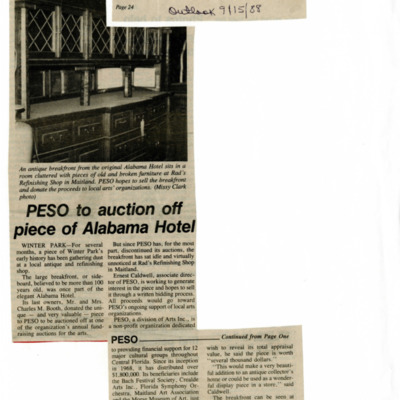 PESO to auction off piece of Alabama Hotel 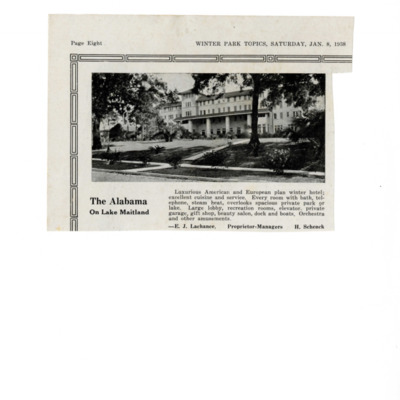 The Alabama on Lake Maitland ad 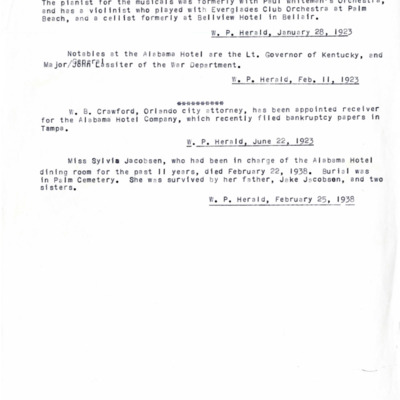