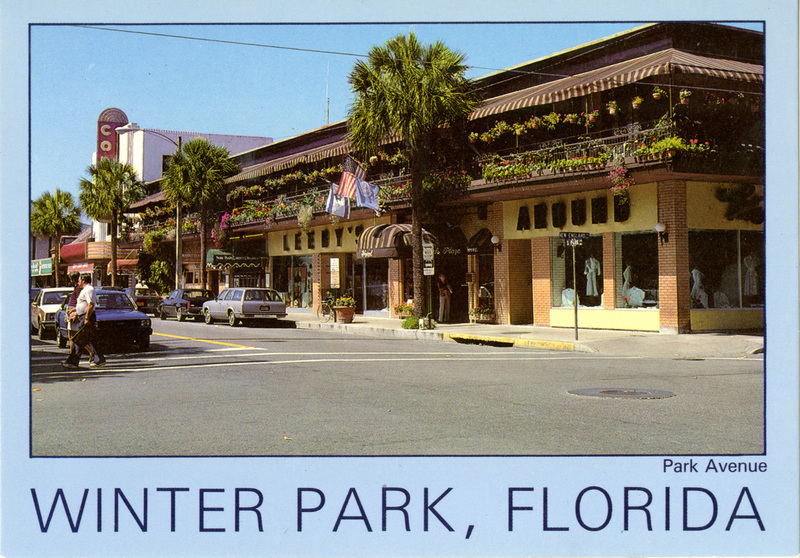 "Leedy's closing after 66 years" read the headline for an article in the August 4, 1985 Orlando Sentinel.

Leedy's began in 1919 when Robert F. Leedy and wife Ruth came to Winter Park and opened a drug store. His partner was Dr. R.F. Hotard. After several years Leedy became tired of the long hours in the drug store, so when Dr. Hotard offered to buy his interest in the drug store, Leedy sold and began to look for another business.

Mrs. J.C. Vicks owned "Miss Vick's Hat Shop" located at 202 Park Avenue (Shultz Building) and the Leedy's bought her business. In the Winter Park Sun-Herald of April 27, 1971, the Leedys recalled that "neither on of us had ten minutes experience in the hat or any other kind of women's wear."

"Ruth had a knack for doing things right" Robert said, "and the first right thing she did was to remove the 'ladies balloon pants' hanging from the ceiling." The Leedys upgraded the merchandise and turned it into a small department store named "Leedy's."

Around 1930, Leedy's had outgrown its space and moved to larger quarters on the other side of the street at 311 Park Avenue. The whole family helped with the move. The three children, Everett, James and Lorraine, all pushed the luggage dollies that had been borrowed for the move from the train station. The move took place on a Sunday to avoid weekday traffic and business.

In 1954, Robert and Ruth Leedy sold Leedy's to their daughter, Lorraine Leedy Stewart. Lorraine had returned to Winter Park in 1949 to take over the management of Leedy's because of her father's health.

In a letter dated June 28, 1962, Lorraine Stewart tells of persuading Reba Campbell, in 1956, to leave Tennessee, come to Winter Park, and take over the financial end of the business. Lorraine also announces that Reba Campbell is the new owner and manager of Leedy's.

From 1962 until August of 1985, Reba Campbell continued operating Leedy's. She was quoted in the August 4, 1985, Orlando Sentinel article as saying "I might have possibly held on through the summer and did it at Christmas ... that's a nice time to go out of business. But I had viral meningitis in January and February and I missed the market. I didn't get my buying done so I thought this was a good time to do it." 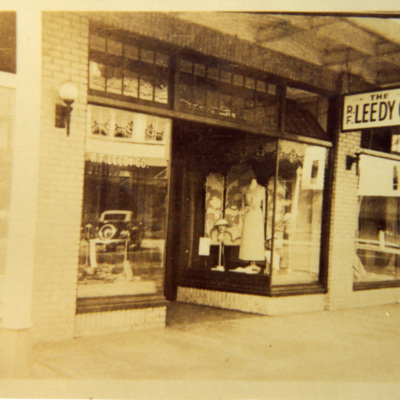 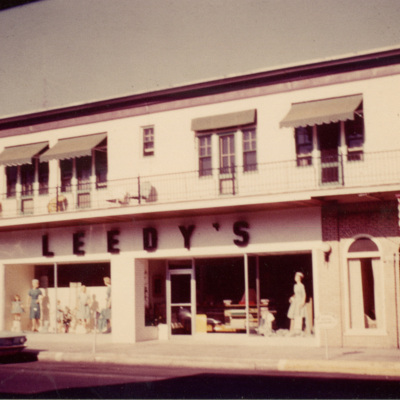 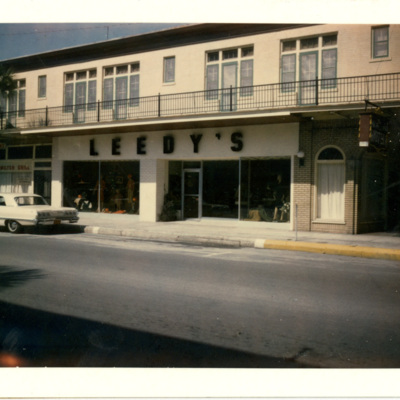 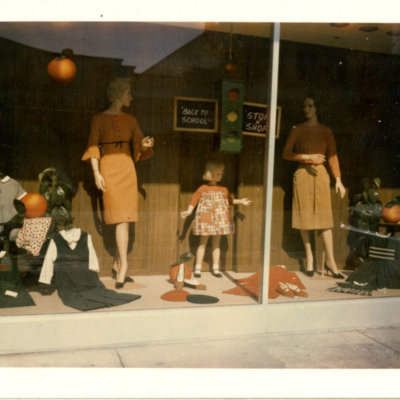 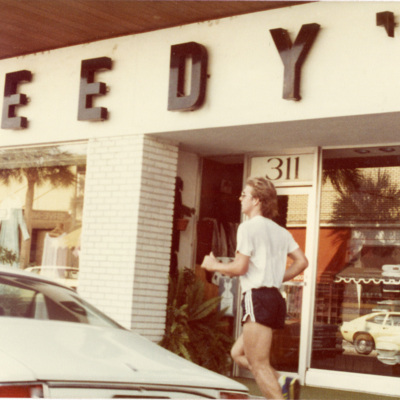 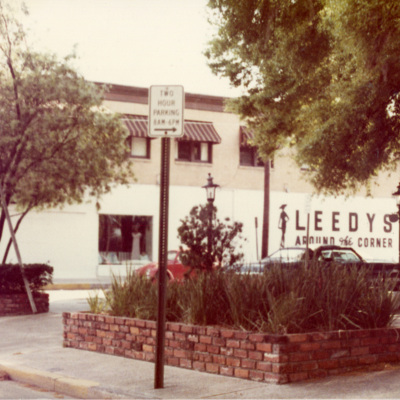 Leedy's Around the Corner Storefront from Central Park 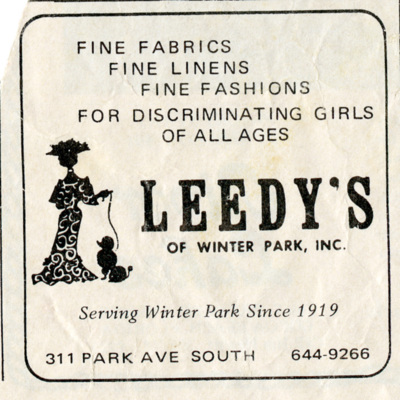 ← The End of an Era
Miller's Hardware →
Leedy's