The Winter Park Telephone Company was established in 1910 in Maitland by Carl H. Galloway. Galloway's old boss in Texas sent him a used switchboard and ten used telephones. He installed the switchboard above his parents' general store, and the phones went into the homes of nine of the wealthier families in town, as well as a livery stable. Customers enjoyed the luxury of phoning in their grocery orders. Galloway provided free phone service at first, to promote the business. By the following year, business had doubled to twenty customers eager to keep up with the progressiveness of their neighbors.

In 1912, another switchboard was installed in Winter Park in the Henkel Building at the corner of New England and Park Avenues. The first telephone directory was published in 1913: one sheet of paper with 60 listings. Galloway moved to Winter Park in 1914, and in 1918 the company built its first plant on New England Avenue. Also, in 1918 Galloway laid the first underground cable in Winter Park in order to preserve the natural beauty of the city. Winter Park's 10,000th telephone was installed in 1956, and in 1966 Winter Park Telephone became the first company in the Southeast to offer "Tel-Tone" pushbutton calling service. It was the tenth largest non-Bell telephone company in the country when it joined United Telephone System in 1979. Presently the company is named Sprint Corporation. 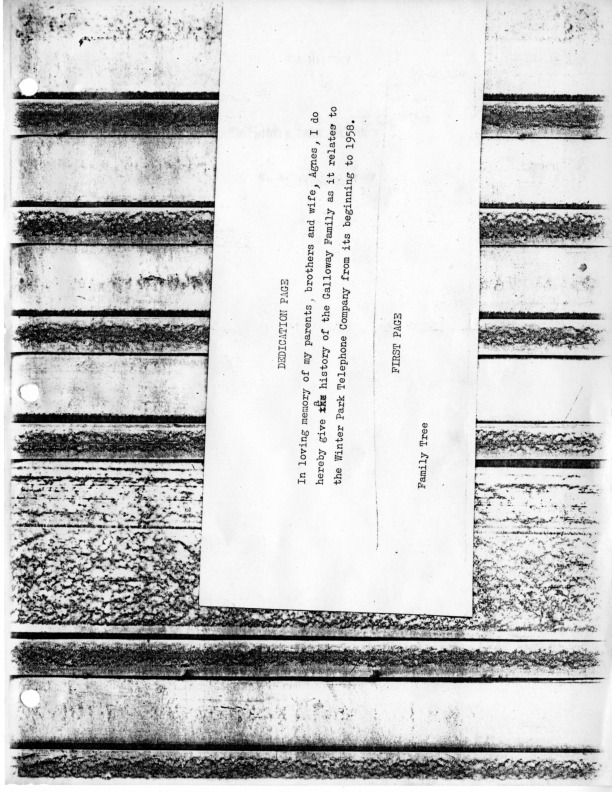 A History of the Winter Park Telephone Company