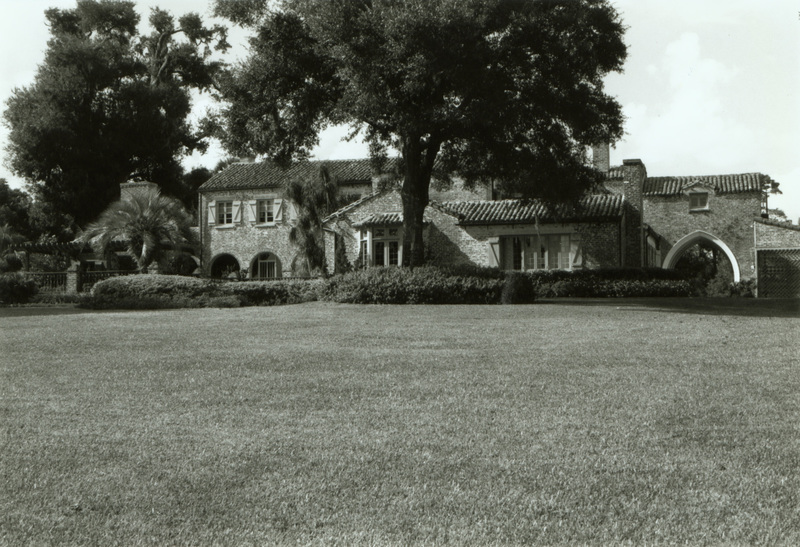 "Casa Feliz," once located at 656 North Interlachen Avenue bordering Lake Osceola, is one of the greatest architectural works of James Gamble Rogers II - the Spanish Eclectic Farmhouse, "Casa Feliz" ("Happy House"). Rogers designed the home for Mr. Robert Barbour, a wealthy chemical manufacturer, and his wife in 1932. Construction was completed the following year.

"Casa Feliz" is modeled after the Andalusion Cortijo - the Spanish family courtyard farmhouse. Aside from cost and number of rooms, Barbour allowed Rogers complete architectural freedom. Construction began soon after the plans were drawn in order to stimulate business amidst economic hardship. Upon completion, the house became a vital part of the Barbours' social life and, consequently, the social scene of Winter Park itself. "Casa Feliz" saw Garden Club tours, meetings of the Poetry Society, Symphony Orchestra concerts, and even a dinner for author Sinclair Lewis.

The organization of "Casa Feliz" is simply a series of rectangular spaces centered around an enclosed courtyard. Structurally, the walls of the house are a solid twelve inches thick and are comprised of recycled bricks taken from the old Orlando Armory, which was demolished around 1930. The exposed bricks coated with a special whitewash, the clay barrel roof tiles hand made in Barcelona, a Gothic arch with chipped edges, a rounded turret, and the deliberately sagging gable roofs all contribute to the romantic image of a building worn by time.

Rogers also had control over the sculptural program of "Casa Feliz." Local artists did not appease him, so Rogers had a Rollins professor of art loan him a plaster cast of a lion's head sculpture from the Vatican. The two lion's heads at the front entrance of Casa Feliz were cast in concrete from this plaster cast. An interior decorator was also hired to travel to Spain to purchase authentic furnishings for the home. Close attention was paid to domestic detail, as Rogers designed built-in bookcases, paneled doors, mantels, stair railings, wrought iron, and electrical fixtures specifically for "Casa Feliz."

Before "Casa Feliz" was built, on the same Interlachen property stood the Ergood Cottage, constructed in 1887. John Ergood leased the first commerical building in Winter Park, a general store at the corner of Park and Morse avenues; he also served as Winter Park's Postmaster. His home - with its irregular plan, extensive porch, and tower element - can be classified as exemplifying the Queen Anne style, which was very popular at the time in the Northeast. The main focus of Ergood's Cottage was a central square tower topped by a domed cupola from which one would have enjoyed a scenic view of Lake Osceola. The home was subsequently owned by Colonel John H. Roe, Mr. C.G. Tousey, and Mr. Roy B. Symes before Barbour purchased the property. 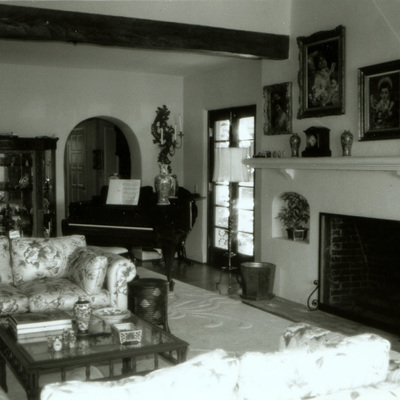 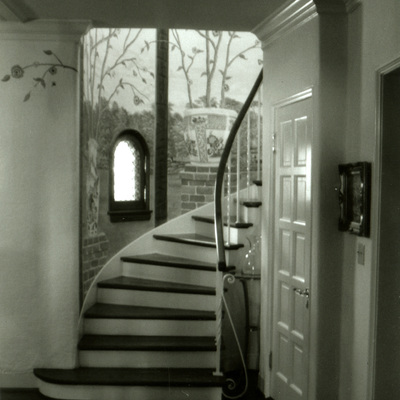 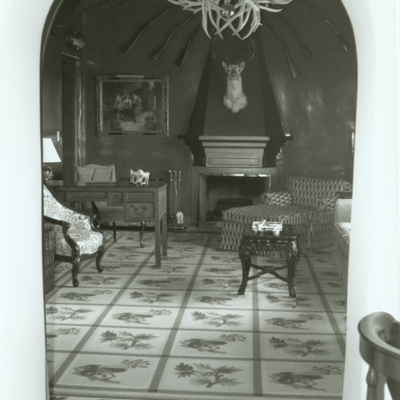