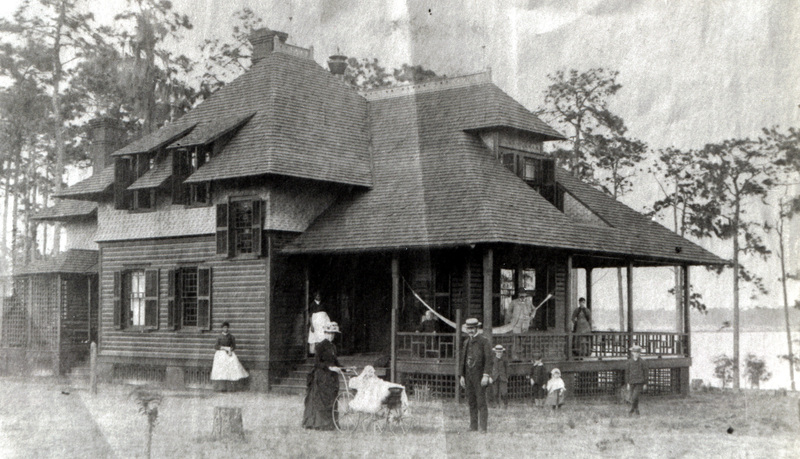 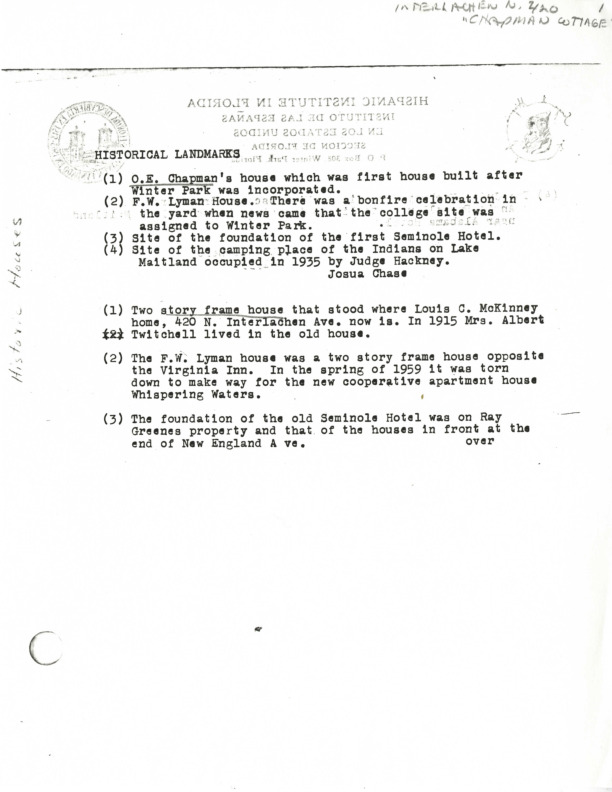 Oliver Chapman, half of the dynamic duo that founded the city of Winter Park, built a cottage in 1882 off Interlachen, north of Canton, on Lake Osceola. It was the first house built after Winter Park was incorporated. Less grand than other "cottages," Chapman's home appeared more like a lodge, with its massive sloping shingle roof and sheltered porch.

Chapman moved to Wyoming in 1886 to engage in the cattle business. He sold his house, its furnishings, and the surrounding two acres to Gilbert Hart of Detroit. Chapman had originally purchased the land at $45 an acre; he sold it to Hart at $1,000 an acre. Mrs. Albert J. Twitchell later resided there. The Chapman Cottage was demolished in 1938 to make way for a new home built for the McKinney family of Titusville, Pennsylvania. The 20-room home is now known as the Haskell Estate.