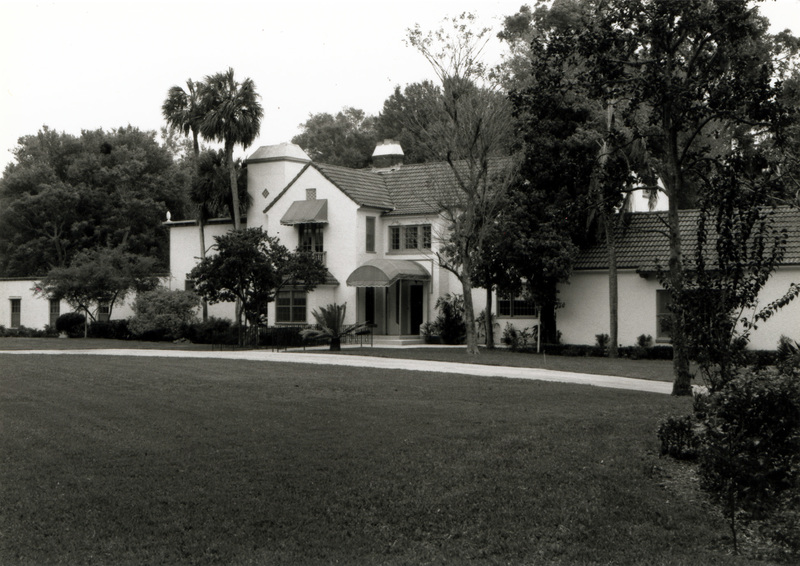 The residence at 1420 Via Tuscany with its Spanish motifs was built in 1926 by Judge Leonard J. Hackney, who had served two terms on the Indiana Supreme Court. Judge Hackney did not occupy the house; rather, he lived at "Sandscove," also on Via Tuscany. He sold the home to English-born actress Annie Russell in November 1929. Miss Russell spent her life in the spotlight, performing from age 7 in 1877 until her death in 1936, with a brief hiatus during World War I. She moved to the United States at a young age, establishing her career in New York City when only a teenager. She retired to New Jersey, only to change her mind and settle in St. Petersburg in 1923. Winter Park won her affection, however, and the Annie Russell Theatre at Rollins College was built in her honor. She was active in the theatre arts there until her death.

Miss Russell lived on Via Tuscany for six years. During that time, the front veranda and large lawn would have overlooked Lake Maitland, providing an ample and scenic space for entertaining guests. While living there, Miss Russell made some alterations to her home. After breaking her hip, she had an interior designer construct an elevator from the downstairs dining room to the upstairs bedroom. James Gamble Rogers II also designed a "spring room" - a half stucco and half screen porch with a fountain just outside. The fountain is now at the Maitland Art Center, and later owners, the Ward family, converted the room to a study, replacing the screening with glass and painting the applied radial ceiling beams in the manner of the Annie Russell Theatre.

Oliver K. Eaton later owned the home at 1420 Via Tuscany; he briefly served as mayor of Winter Park for nine months in 1951-52 before resigning amidst controversy. Sidney C. and Sarah S. Ward purchased the house from the Eatons in 1960. Mr. Ward was a lawyer and an expert on Oriental art, and he added a Japanese garden to the grounds. In 1971 the Wards bought neighboring lots in order to add a guest room, a swimming pool, and a small utility and equipment house. It stood in its final form as a 21-room mansion. It has since been demolished. 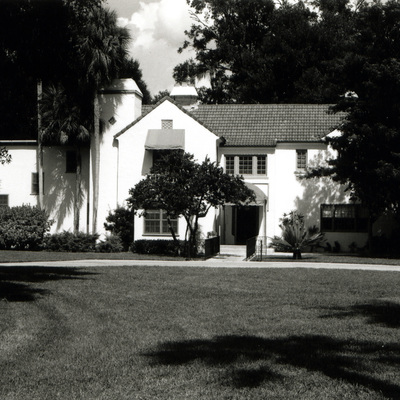 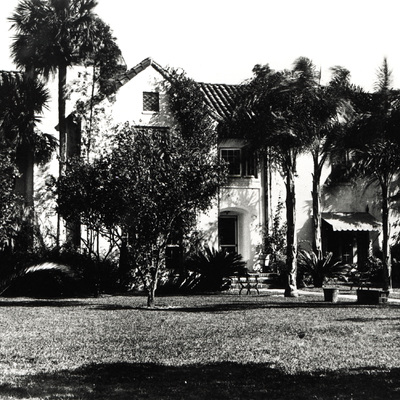