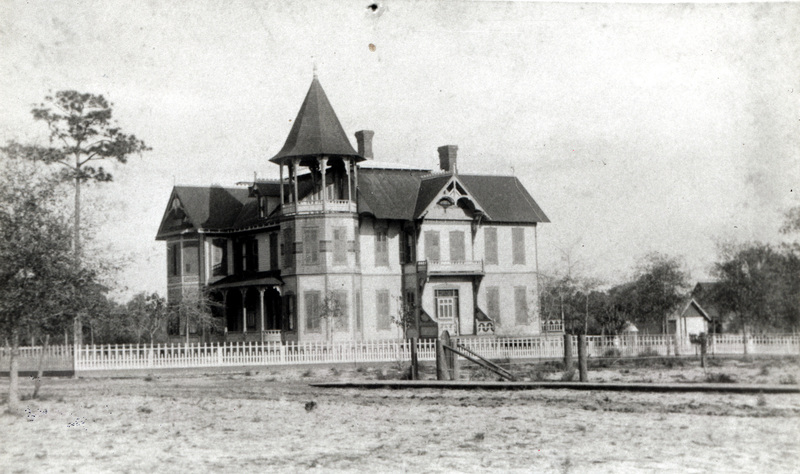 The Batchelor home at the southeast corner of what is now Osceola and Ollie Avenues was built in 1886 for $7,000 by Richard Neal Batchelor, a pioneer citrus grower, who had come to Winter Park in 1883 with his son, DeHaven, and his sister, Mary Batchelor Bull. The house served as a boarding house for some time, managed by DeHaven's wife Flora, and in 1957 it was leased briefly by Rollins College as a women's dormitory. The Batchelor home was demolished in 1960 to make way for the apartments of Sutton Place South.