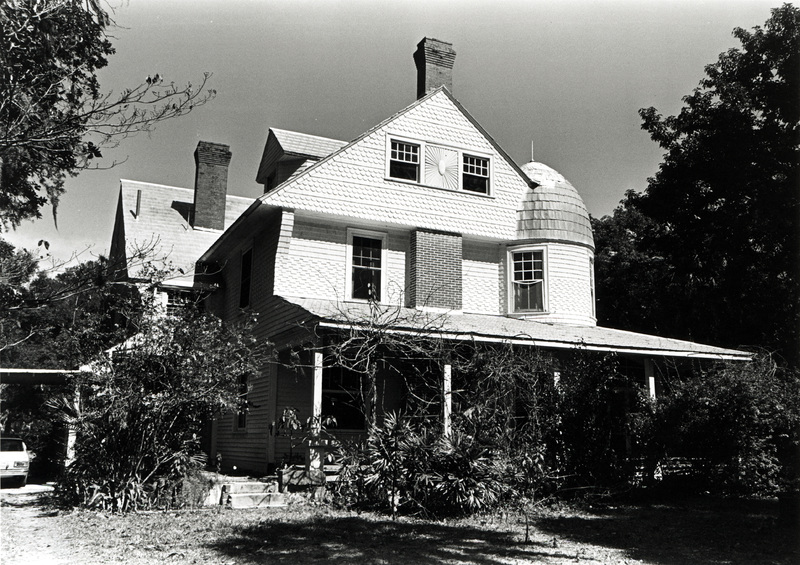 William Charles Comstock, president of the Chicago Board of Trade and a founding father of the Winter Park Public Library, built his winter residence, "Eastbank," on Lake Osceola in 1883 at what is now 724 Bonita Drive. Surrounded by 60 acres of orange groves and overlooking Lake Osceola, the Comstock cottage was constructed in the shingle style, which, with its extensive porch and irregular roof line with corner tower, is very similar to the Queen Anne style that characterized the contemporary Ergood Cottage. Comstock planted camphor trees along the driveway leading up to the entrance of his home; today these trees arch over much of the length of Bonita Drive. Most of the construction materials for the house, from lumber to glass, had to be imported from New York. The closest place to which these items could be shipped was what is now Sanford; from Sanford, the materials were transferred to Winter Park via ox-drawn sledges.

"Eastbank" has three floors featuring nine rooms - including five bedrooms, each with its own bathroom - and three spacious pantries. The ceilings are at least 11 feet high, and the entrance hall contains beautiful stained glass windows. The Fortnightly Club often met at "Eastbank" to share poetry. Comstock continued to entertain after his wife's death in 1902, but he saw to it that her place was always set at the dinner table and that no one sat in her chair. "Eastbank" was later acquired by the Harris family and is now owned by Flora Twatchman. The house was added to the National Register of Historic Places in 1985, making it the second of only two Winter Park homes on the Register. (The other is "The Palms.")