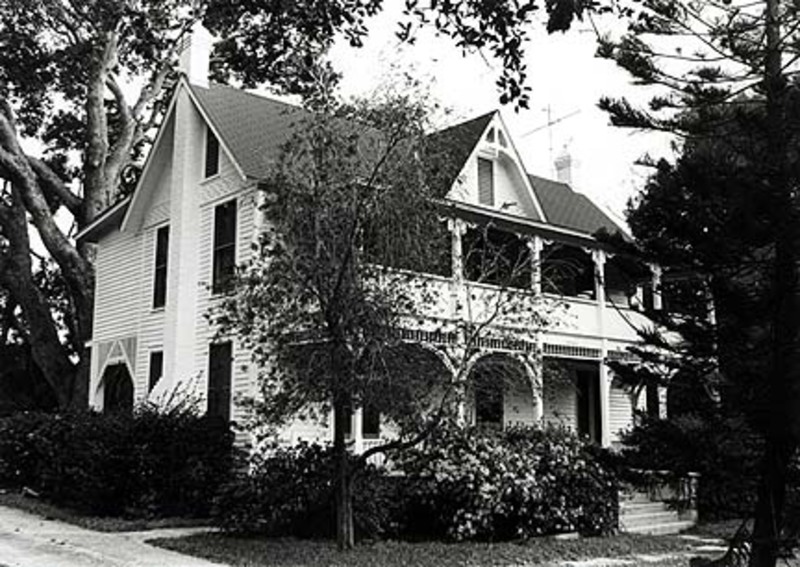 The Waddell Cottage at 1331 Aloma Avenue was built in 1897 by William James Waddell on ten acres of land that had been purchased by his wife, Mrs. Cartie E. Waddell, in 1895. Mr. Waddell served at various times as a deputy marshall and an alderman; he owned and operated the "Osceola House," a rooming and boarding house on the north shore of Lake Osceola. An interview with James Gamble Rogers II revealed that there is little about the Waddell House that is remarkable architecturally except for its limited Victorian aspects that make it an example of Florida architecture at the turn of the twentieth century. Almost in the same condition as it was when it was built, the two-story home, sporting high ceilings that were fashionable at the time, features an open porch that runs the width of the front facade, both downstairs and upstairs. Rogers surmised that the house was designed as it was being built. Mr. C.H. Galloway (the founder of the Winter Park Telephone Company) and his wife acquired the property in 1923, subdivided it, and built several homes, but the Waddell family reacquired the original house in 1934. The home has had several owners since 1994, with it most recently being sold to the Dunaway Family as of 2019. 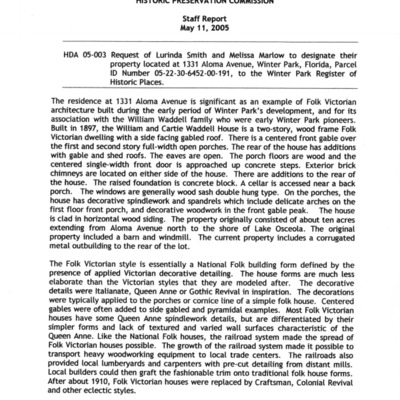